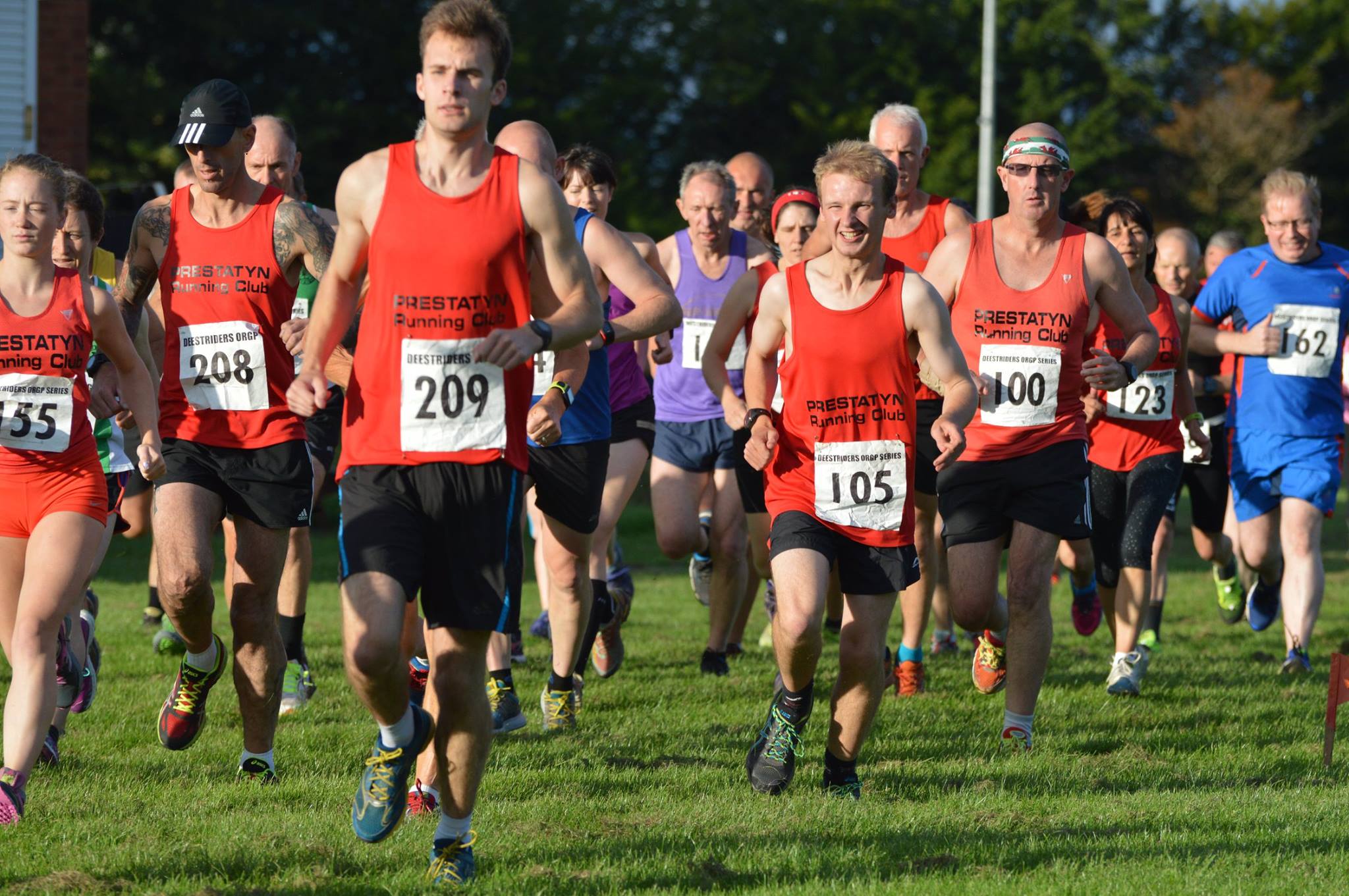 Alex Ryder was among club members who took part in the Vale of Clwyd 5k at Llandyrnog, and he continued his recent excellent form. He finished fourth in a pb of 18.07 and would probably have broken the 18-minute barrier had he and other runners not been held up by a lorry blocking their path on one of the lanes.

Once again there was a very large representation from the club in the third race of Deestriders’ Off-Road Grand Prix Series, in which Amie Bagnall extended her winning sequence. The results were not available at the time of going to Press.

With one race to go in the series several other members are also in line for awards in their respective age categories.

This Saturday (August 13) members take on a new challenge when they run up Everest – or, at least the equivalent of it. More volunteers are needed for the event, which will involved running up a 50-feet flight of steps in Dyserth as many times as possible, covering a total of 29,000 feet.

Proceeds from the challenge will go towards the restoration of the Meliden Goods Shed and its conversion into a cafe, craft workshops and bike hire centre.

Any other members able to take part are asked to contact Gareth Hughes and it is hoped that even those unable to participate will also raise some money.