The annual Abergele 5-mile race proved to be yet another rich hunting ground for Prestatyn Running Club members who came away with a host of trophies and titles, the race incorporating the North Wales championship.

A total of 34 members took part and no fewer than seven won their classes in the championship, as well as the ladies’ quartet of Amie Bagnall, Coral McShane, Sian Beck and Genna Bagnall winning the ladies’ team prize. In addition, Sian and Gabby Waring were in the North Wales police side which won the ladies’ corporate shield.

Once again it was particularly pleasing to see so many of the younger members performing so well, with Alex Ryder, Ben Harrison, Leon Bagnall, Amie Bagnall, Jenna Bagnall and Coral McShane all in the North Wales development squad which had a match against Cheshire and Staffordshire.

The club placings were:

Gareth Roberts was the club’s only representative in the 34th Snowdonia Marathon, conditions for which were much better than in recent years. In a field of 2,500 he finished a highly creditable 603rd in 4-01.55.

For a small club Prestatyn has achieved the remarkable feat of having four of its oldest members selected for the Wales squad for the British Masters’ home international cross-country in Glasgow on November 12.

Just 12 months after returning to running John Hickman has been named in the over-75s’ team along with seasoned internationals Roger Harrison-Jones and David Hughes, while Gareth Hughes is among the reserves for the M70 team. Unfortunately, however, John and Roger are unable to run because of injury and other commitments. 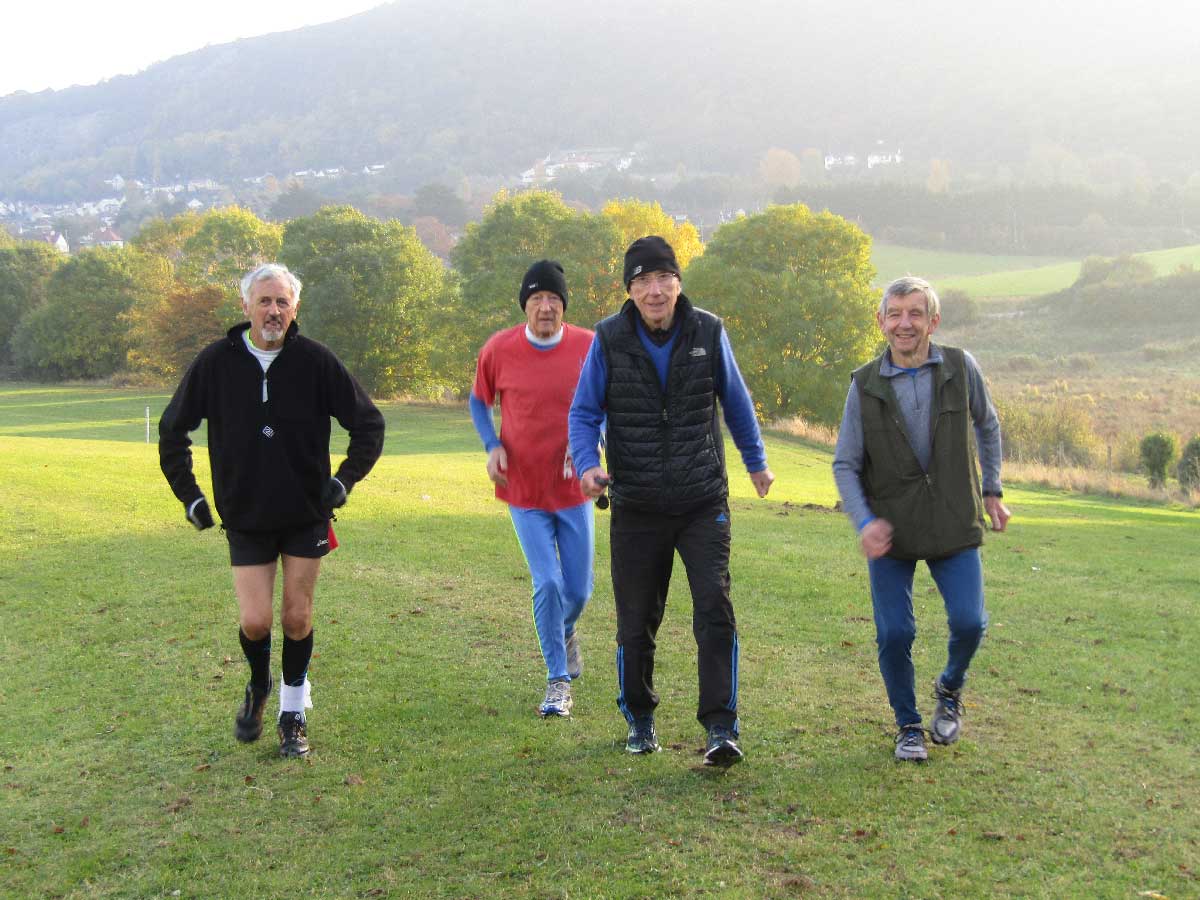 Caption: The Prestatyn Running Club quartet of supervets – Gareth Hughes, John Hickman, Roger Harrison-Jones and Dave Hughes - who have been selected for Wales.

This weekend sees the club’s resources stretched, with the second fixture in the Grand Prix Express North Wales Cross-Country League in Llandudno on Saturday followed by the second Borders League fixture hosted by West Cheshire AC in Upton, Chester.