Prestatyn Running Club’s Amie Bagnall (pictured) enhanced her growing reputation by picking up two more awards in the past week. 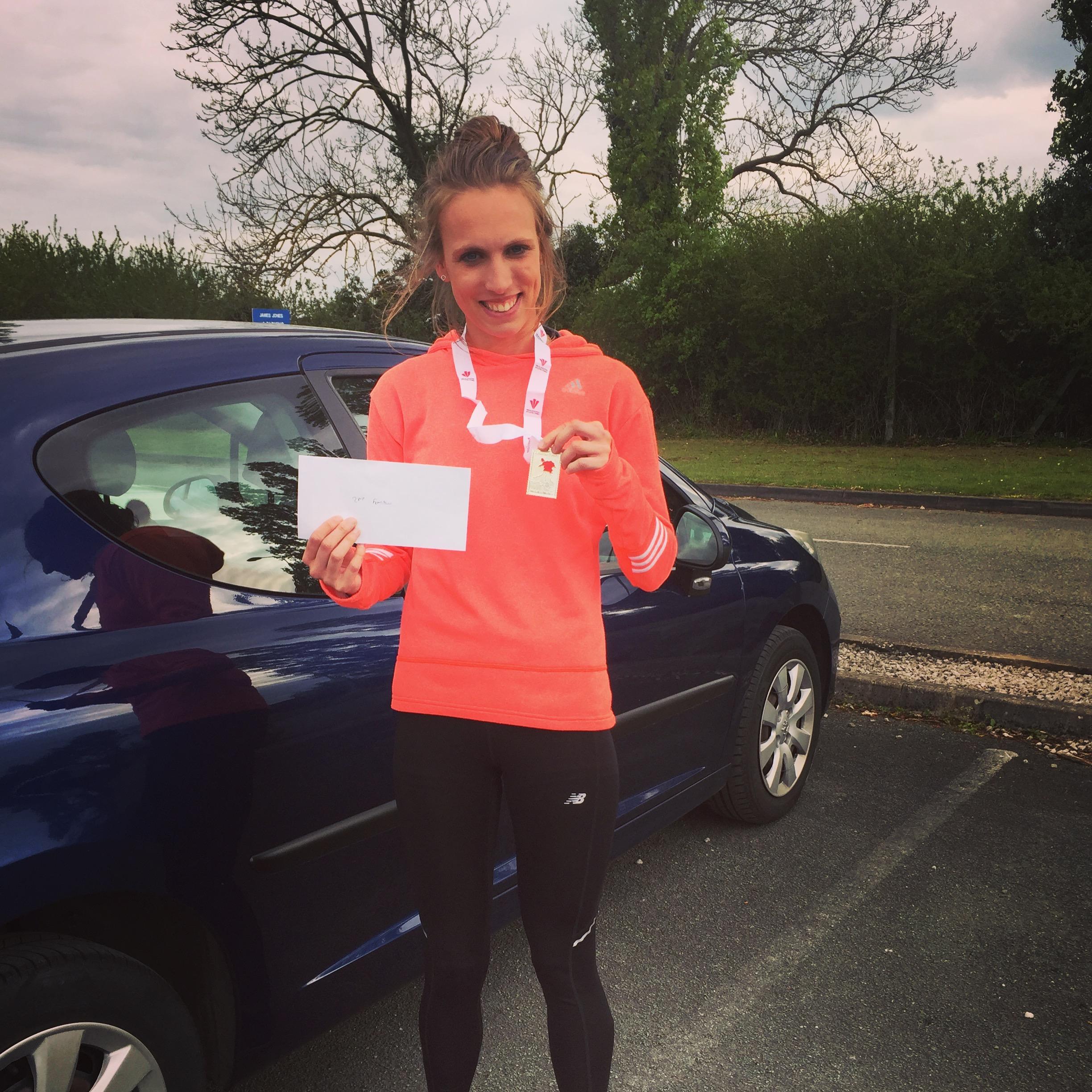 After the seventh and final fixture of the Borders Road-Running League at Wrexham she was one of five trophy winners from the club, for whom it was a bitter-sweet experience as the men were relegated from Division 1.

Debbie Richards (L55), George Nixon (M60), Mike Davis (M65) and Steve Hatfield (M70) all finished second in their respective age-groups. Another encouraging feature of the final race was the appearance of a few first-timers which should help the men in their bid for a swift return to the top flight next season. The final placings were not known at the time of going to press.

Three days later Amie sliced five minutes off her pb, coming second in the Wrexham 10-mile race which incorporated the North Wales championship. Her time of 63.58 made her runner-up in both the open and closed competitions.

A few days before the Borders League race friends Tony Devenport and James Kimber ran in the Whitley Village 19k near Warrington. On an undulating course they finished just four places apart, with Tony 33rd in 41.17 and James 37th in 41.32.

A week after her London effort Ally Reid visited her native Staffordshire and was second lady home – and first L40 – in the Cannock Chase Parkrun. Her time was 23.21.

Also on his travels, Mike Davis finished 28th in a field of 192 in the Sittingbourne Parkrun in Kent. He was first M70 and his time of 24.25 was a course record for the age-group.

All eyes will be on the weather this coming Sunday ((7th)) when the club stages the Ffrith 5k race at the Ffrith Beach, as the wind on the promenade can play a major part in performances.

The race, which starts at 11.30am, again incorporates the North Wales championship and will be preceded by a series of 1k and 2k junior races. Entries for all races will be accepted on the day.