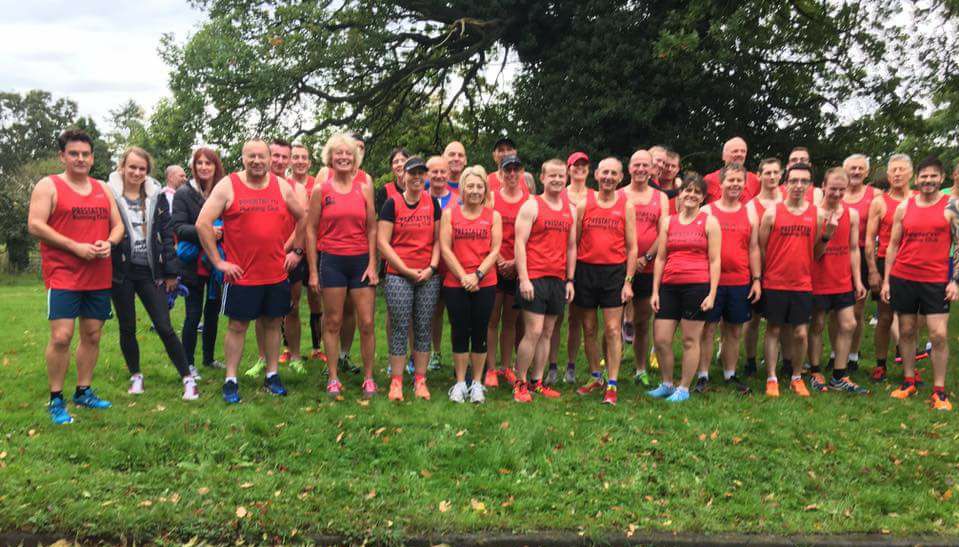 The Borders Road-Running League got off to a superb start for Prestatyn Running Club at Capenhurst on Sunday with a record 38 members – 26 men and 12 women - turning out.

At least three members won their age-groups and what was also encouraging was that the line-up included seven debutants, including husband-and-wife Stephen and Debbie Weedman – and also saw the return of Darryl Davies.

In a good quality field of over 380 Steve Skates had a brilliant run, finishing fourth overall, and there were seven others in the first 100, including the club’s leading lady Amie Bagnall.

Club member Sian Beck took the ladies’ title at the annual North Wales Police cross-country championships in Bodelwyddan and was presented with the trophy named in honour of her clubmate Gabby Waring, who won the event years’ in succession.

Gabby, who was returning to racing after a lay-off, had the satisfaction of winning the L60 class just a week after her 60th birthday.

Callum Dally finished 17th in this week’s Conwy Parkrun, clocking 21.23, and Roger Harrison-Jones was first M80 in 80th place overall with a time of 27.24.

At the Wepre Parkrun Clair Atterbury took another minute off her pb with a time of 36.05.

Last week about 30 members attended the social run in Tremeirchion, braving the rain, mud and darkness to enjoy the post-run meal at the Salusbury Arms.

This Saturday sees the opening fixture of the Grand Prix Express North Wales Cross-Country League in Wrexham, which will follow the morning’s Junior League meeting. After the encouraging turnout in Sunday’s Border League similar support is expected by the men and women to help get the season off to a strong start.

There are still tickets available at £10 each for the annual ceilidh with the band Mooncoin, to be held on October 14 at the Ffrith Complex.