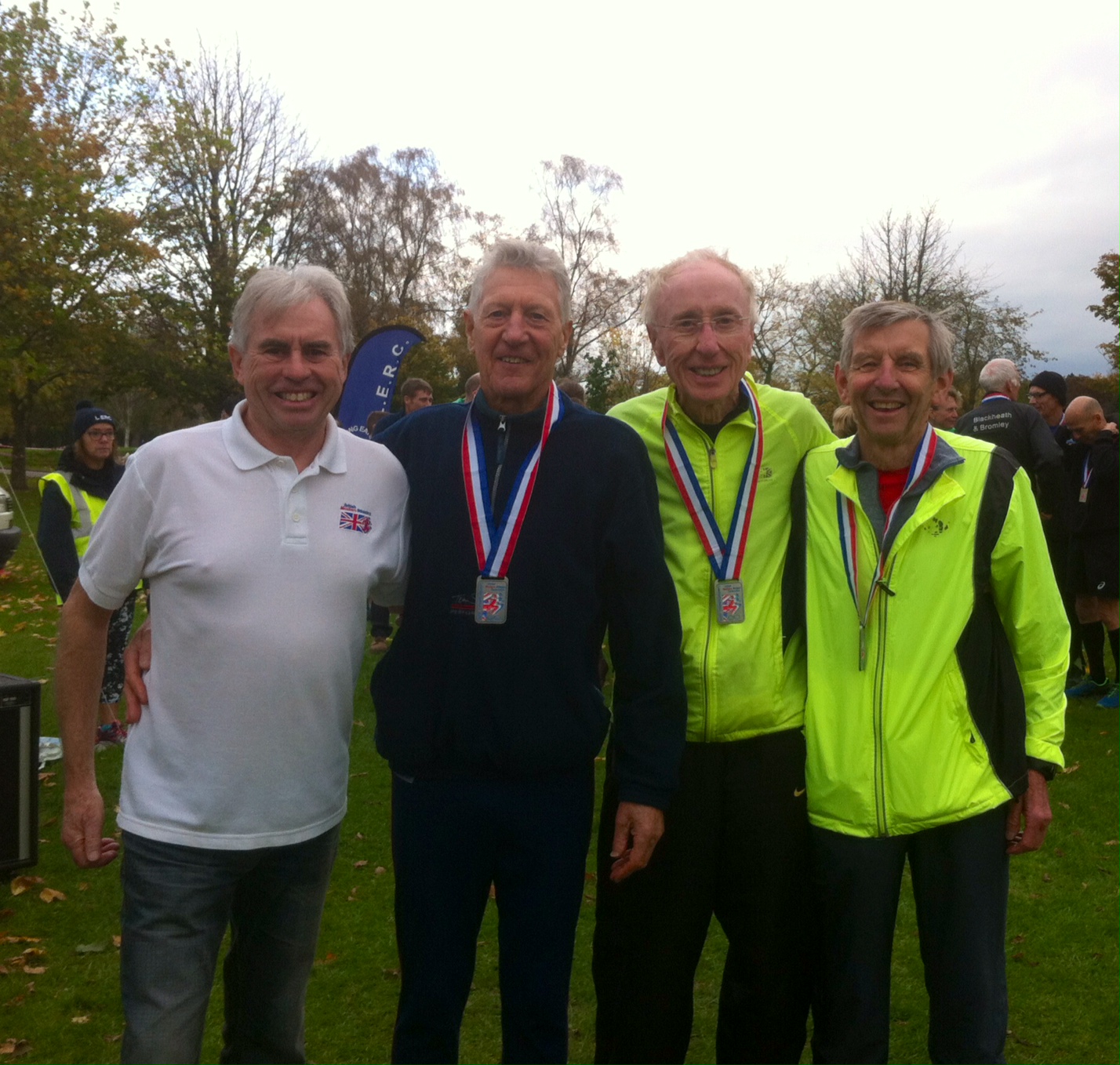 Prestatyn Running Club’s supervets were among the medals once again at the weekend, picking up team silver in the British Masters’ cross-country relays in Long Eaton, Derbyshire.

The trio of John Hickman, Dave Hughes and Roger Harrison-Jones finished behind arch-rivals Bingley in the M75 class.

The club had three representatives in each of the Snowdonia Marathon, Conwy Parkrun and Wepre Parkrun. Conditions were good for the marathon, in which marathon James Rogers finished 339th overall in 3-48.06, and he was followed by Gareth Roberts (528th in 3-59.38) and Tracy Colligan (1,312nd in 4-42.01). Tracy had chosen the tough event to make her marathon debut but it was Gareth’s fifth time in the race and he was just four minutes outside his pb.

Also at Conwy former Prestatyn member David Alan Jones joined a small elite band by completing his 100th Parkrun, most of which have been at the same venue.

Away from the autumn chills two members were enjoying the Florida sunshine. John Jones finished 13th overall and second in his category in the Cocoa Beach Fall-into-Autumn 5k with a time of 23.15 and Jennifer Owens was third in her age-group in 29.29.

Dafydd Owen was the club’s sole representative in the Parc Eirias 10k in Colwyn Bay and he took another step on his way back to fitness by clocking 60.05.