Prestatyn Running Club’s men and women look on target for a swift return to Division 1 of the Borders Road-Running League after another strong performance in the second fixture in Birkenhead Park on Sunday.

Both teams topped Division 2 on the day and after just two races the men already hold a 322-point lead, while the women are just seven points behind Chester Tri Club.

Steve Skates improved on his showing in the first race by coming a superb second overall, while Amie Bagnall moved up from fifth to third.

They were the undoubted stars of the respective teams, and even though some members were missing they received fine support down through the field. Dean Longley was 19th and, giving his usual 110%, Andrew Bromley finished 23rd, exactly as he had done the previous week in the cross-country in Bangor.

The last of the seven counters for the men – in 120th place – was debutant Jordan Mainwaring, who judged his race very well, moving through the field. 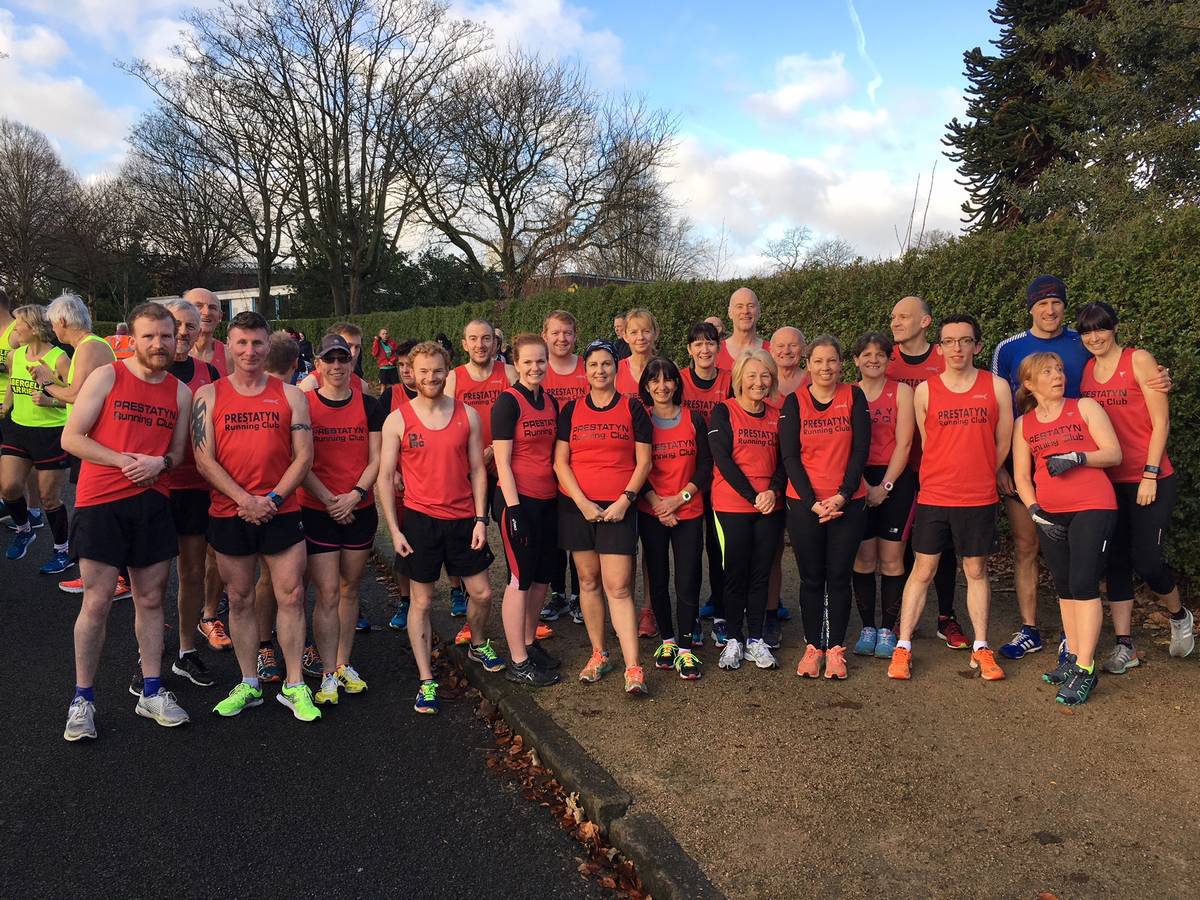 Pic caption: Some of the 29 Prestatyn Running Club members who turned out in Birkenhead on Sunday.

The club’s only representative in the weekly Conwy Parkrun was super-vet Roger Harrison-Jones, and he once again reduced his pb to 26.57, finishing 87th overall.

On a Bangor course still badly churned up after the previous week’s senior races Joe finished second in the under-11s’ race, just three seconds behind the winner, and it meant that he finished runner-up in his class over the four races.