The cross-country season is building up to an exciting and potentially fruitful climax for Prestatyn Running Club as the men and women continue in fine form.

The fourth and penultimate fixture of the Grand Prix Express North Wales League was held at Baschurch near Shrewsbury, on Saturday, and, as in the past two years, every inch of the course was a quagmire.

The club turnout was not as big as usual but there was certainly quality on display, with Steve Skates and Amie Bagnall, in particular, continuing their recent tremendous form.

The conditions suited Skates, who, with a powerful third lap, became the first Prestatyn member in the club’s history to win a North Wales League race. 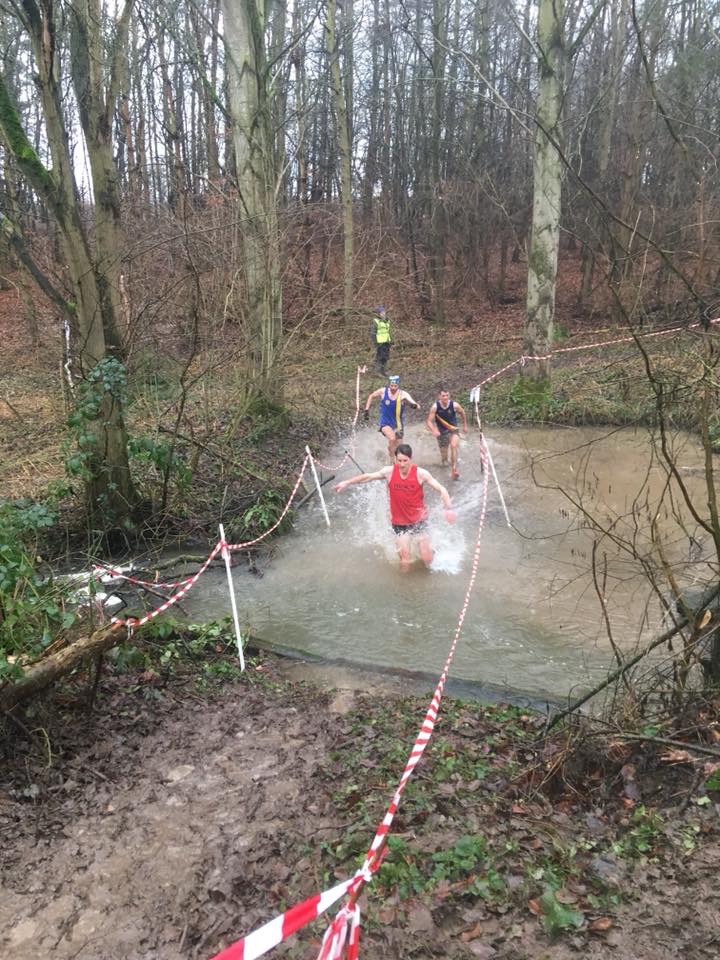 Steve Skates charges through the stream on his way to victory at Baschurch.

In the ladies’ two-lap competition Bagnall took second place – her best result - which helped the ladies consolidate their position in second place in Division 1.

Once again the two teenagers, Jenna Bagnall and Lois Lee, deserve special mention as they pursued their own personal duel, with the honours this time going to the former.

The final, crucial fixture will be at Oswestry on February 3 when up to 10 members will be in line for individual awards and a couple of team awards should also come the club’s way.

Weather and underfoot conditions also proved testing for competitors in the Four Villages half-marathon at Helsby on Sunday, with sleet, snow, rain and even some mud, but it did not prevent Sian Beck, the club’s only representative, from taking 21 seconds off her pb in 1-39.20 (chip time).