Prestatyn Running Club’s hopes going into the final fixture of the Grand Prix Express North Wales Cross-Country League at Oswestry were more than fulfilled when they came away with two team awards and nine individual prizes - the club’s biggest haul ever.

Star of the day - and of the season as a whole - was Steve Skates, who won the final race, his second victory of the season, and thus became the first club member to win the overall men’s prize over the five races. Once again the tough going suited his strong style as he held off a challenge from Richard Roberts (Eryri) and Shrewsbury’s Matt Hall.

Steve, who had looked more impressive as the season progressed, also won the M35 category.

Just as pleasing was the fact that teenagers Jenna Bagnall and Lois Lee, who had had their own friendly duel in every race, finished second and third respectively in the U17 category. Their superb performances helped ensure that the ladies finished third in Division 1, another best for the club. 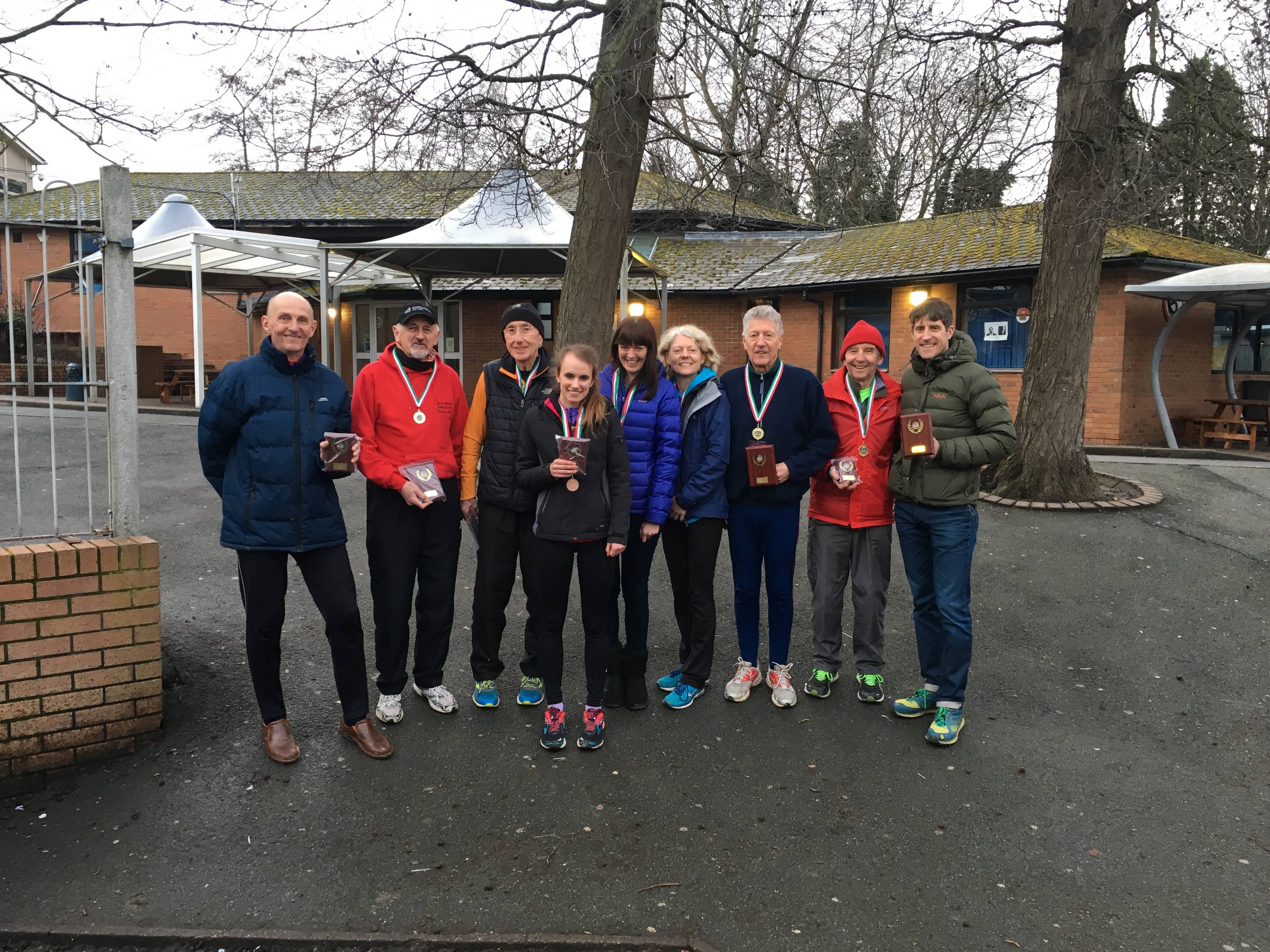 Some of Prestatyn’s medal and trophy winners at Oswestry.

Amie Bagnall and Matty Smith gave the Oswestry fixture a miss in the hope of clocking fast times in the Alsager 5 race but things didn’t quite go to plan for Amie. She took a heavy fall after about 1k, badly grazing her legs and throwing her off her stride. She finished in 31.58, while Matty took a minute off his pb in 30.06.

At the Wepre Parkrun in Connah’s Quay Steve Stocker benefited from having more suitable shoes for the conditions as he finished fifth overall and second M40 in 20.42. At the same venue Steven Brown was 56th in 30.00.