Another busy weekend and another haul of medals and titles for Prestatyn Running Club’s super-vets.

This time the members did not have far to travel as Saturday’s Rhyl 10-mile race incorporated the British Masters’ championships, attracting runners from the length and breadth of the country.

Pride of place went to Roger Harrison-Jones, who won the M80 class in both the open race and championship, while John Hickman picked up bronze in the M75 category. With Mike Davis and Dave Hughes they also took gold in the over-65s’ team event.

The two female representatives also did the club proud, taking third place in their respective categories in the open race. It was Joy’s first attempt at the distance and Sian took over two minutes off her pb. 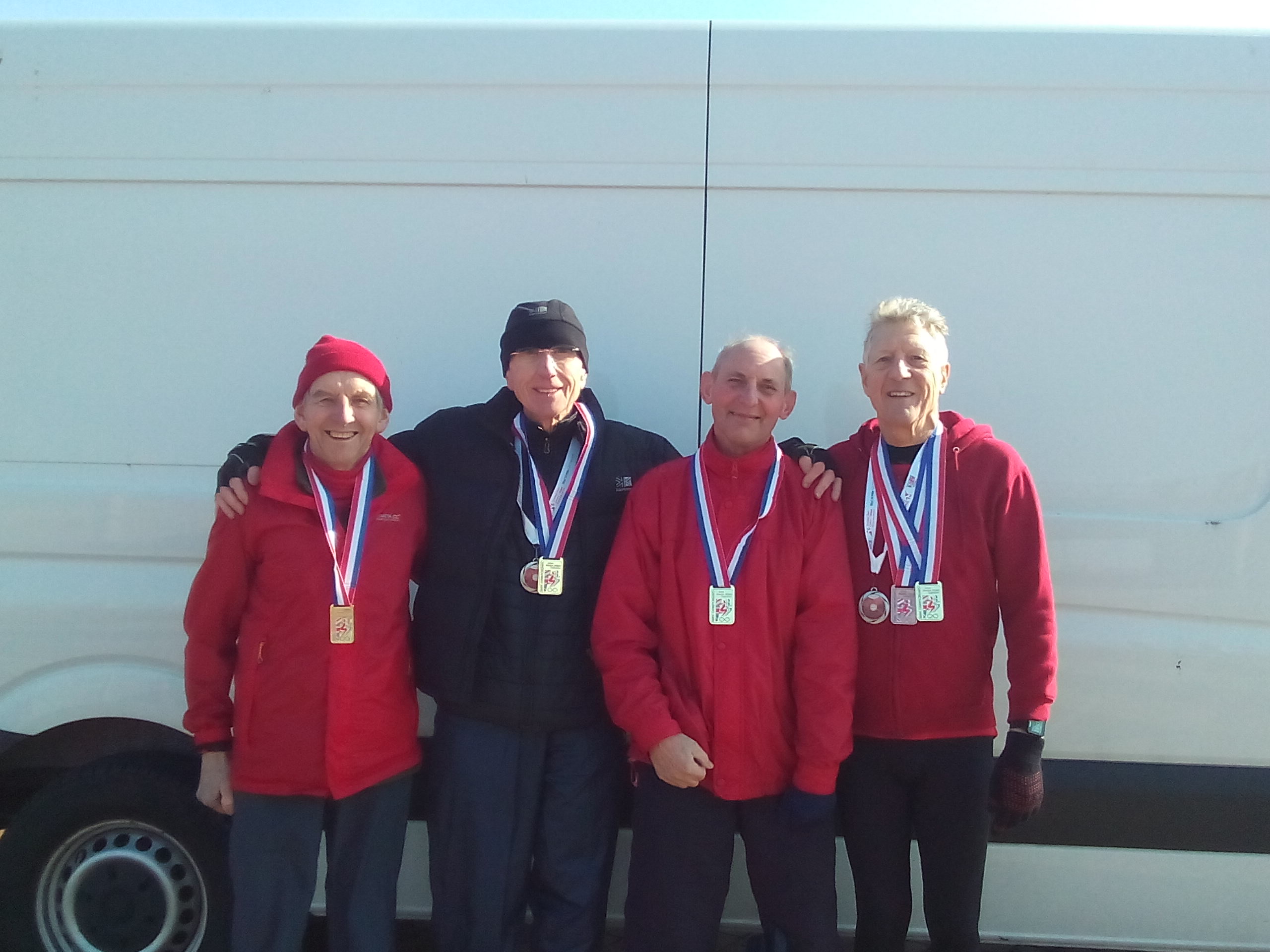 Sisters Amie and Jenna Bagnall made the long trip to Swansea for the Welsh senior cross-country championships and both acquitted themselves extremely well against quality opposition.

Twelve members joined the large field for the annual Village Bakery half-marathon in Wrexham, with Matty Smith leading the contingent home. He took four minutes off his pb, and though several others set new bests the most outstanding result was that of Julia Evans, who took a massive 22 minutes off her previous best.

The race incorporated the North Wales championships, in which Helen Ashworth won gold in the L35 class and Ally Reid bronze for the L45 category.

Steve Stocker had another very good outing in the Wepre Parkrun, finishing second overall and first M40 in 20.33, just outside his pb. At the same venue Steven Brown was 55th in 29.19.

This weekend it’s back to league action with the fifth Borders Road-Running League meeting at Tattenhall, with the men and women determined to hold on to their leading positions in Division 2.