He was part of the Wales contingent in the Celtic team which took on England Masters and, as expected, competition was very keen. George , part of the M65 team, had set his sights on breaking 42 minutes and despite the heat and a testing course he managed it by one second.

At the same event Gareth Hughes and Mike Davis were in the Celtic M70 team and both found it hard going with the temperature reaching 23 degrees. Gareth finished in 50.54 and Mike in 58.30. 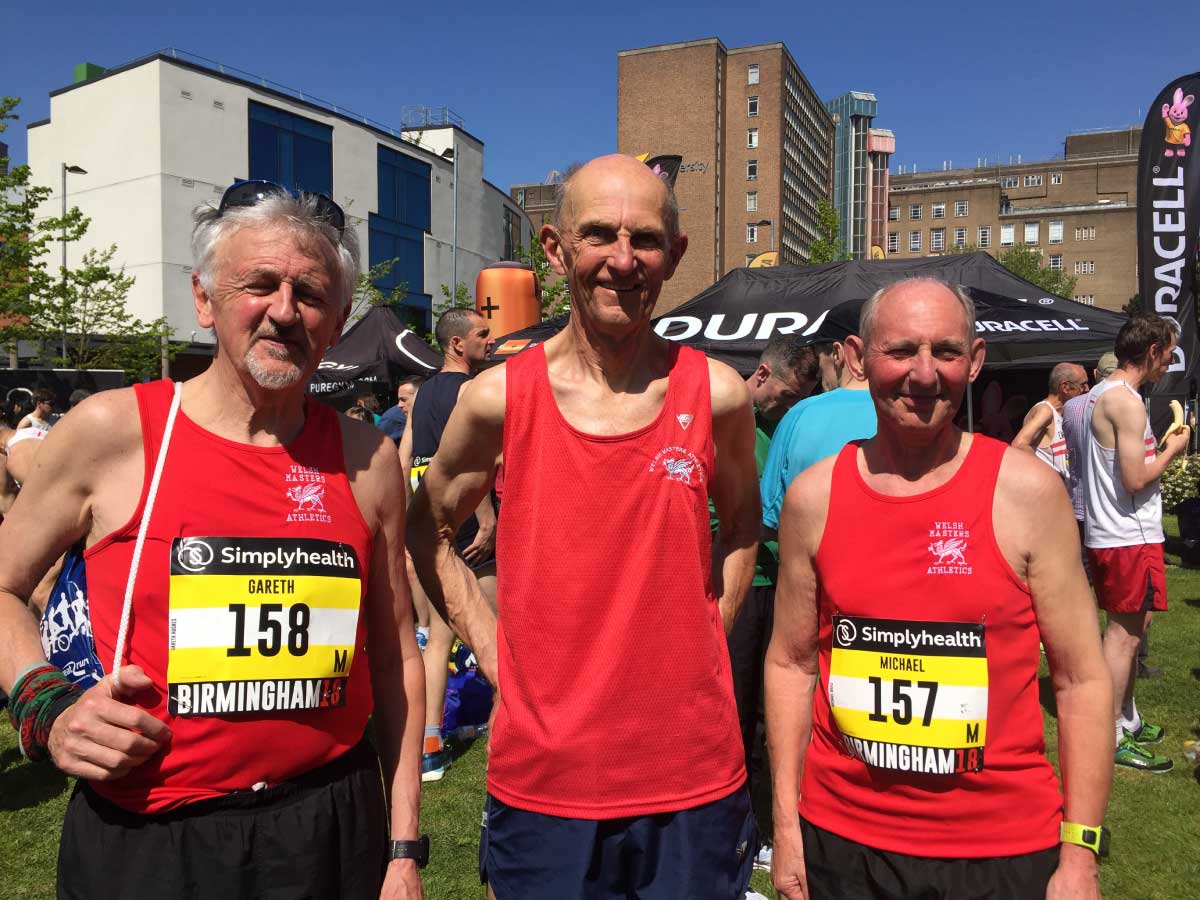 Caption: The Prestatyn trio of (left to right) Gareth Hughes, George Nixon and Mike Davis who ran for the Celtic team in Birmingham.

Last week Steve Skates won the Llangynhafal Loop fell-race in the Clwydians, which includes the notorious scree and gully below the summit of Moel Fammau. He finished in 38.18, and Steven Brown was 55th in 65.47.

Next Sunday the club once again hosts the Ffrith 5k race which incorporates the North Wales championship, and in addition there are junior races, which have grown in popularity each year.