He did it the hard way, competing in the Wrexham marathon, which incorporated the regional championships. And as if completing 26.2 miles was not tough enough, competitors had to wade through two-feet of water for about 300 metres on each of two laps.

James was second M45 in the open race and first in the championship, and he also had the satisfaction of taking a massive 20 minutes off his pb for the course, clocking 3-24.50.

Matty Smith ran in the 20-mile race at the same venue as a “tester” before next month’s London marathon, and it proved to be a real confidence booster as he finished 13th overall in 2-12.02 despite losing about two minutes because of the floods. That means he is on target to break three hours in London. 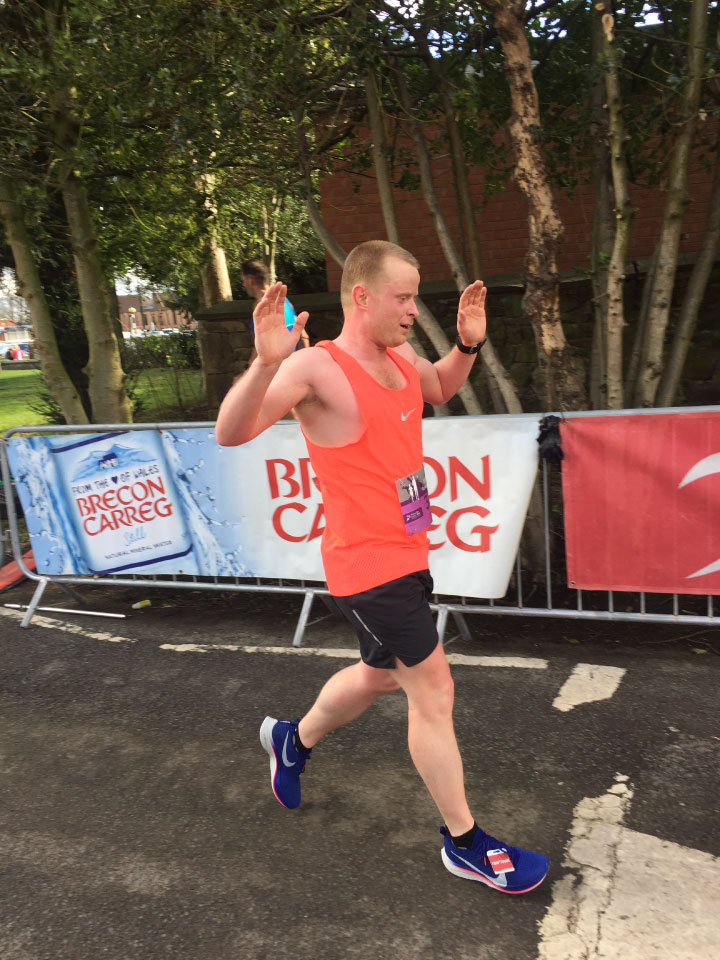 Recent recruit Hannah Garnett joined a large field in the Bradford 10k and she also had the satisfaction of setting a new pb of 50.17.

Saturday’s dreadful weather disrupted the plans of many of the club’s beginners to have a go at their first Parkrun, with only two of them braving the elements.

The course alongside the River Conwy was largely under water and there was a fierce crosswind but Linda and Ceri Friar battled on and crossed the line in a highly commendable 36.32, accompanied by a group of “minders”.